The bell pepper originated in the Americas (specifically in what is currently known as Mexico, Central America, and South America). Colonialist and terrorist to Indigenous people Christopher Columbus–along with his counterparts–named them ‘bell peppers’ while searching for peppercorn plants to produce black pepper (strong side eye)[1].

Peep the numbers in the Nutrition Facts Label to the left! That’s for our OBP, which is jam packed with Vitamin C and K. Vitamin K supports good blood and bones and when coupled with all of that Vitamin C (immune system support) your insides will rejoice. And oddly enough, even with the OBP serving up those good vitamins, the red pepper is the one that has double the amount of Vitamin C.

Today’s recipe is from Chef Tobias Dorzon of Washington, D.C., a former NFL and CFL player turned chef who is the Executive Chef of Victory Restaurant and Lounge (one in Miami and one coming very soon in Maryland). Grab an OBP (and a red bell pepper too) to prepare a Shrimp and Lobster Pasta. Check out the recipe here.

The mango: sweet; nutritious; versatile. What’s not to love? As a native of southern Asia, it thrives in tropical climates and is enjoyed by humans, birds, insects, rodents, and primates alike. There are hundreds of varieties that have skin color differences and subtle taste differences. The painting above features the Haden variety. Its cousin, the Alphonso, is considered the “king of mangoes” with a yellow-orange skin color.

Regardless of the variety, mangoes are a great source of Vitamin C and Copper! Great for supporting your immune system and blood heath.

Saint Lucian Chef Nina Compton helms Compère Lapin, a restaurant in New Orleans (although I didn’t eat here when I visited New Orleans last year, I walked past and it was pretty packed). Chef Compton has a recipe where you can enjoy mangoes as a fancy treat! Passion Fruit Granita with Chocolate Dipped-Mango. Check out the recipe below. 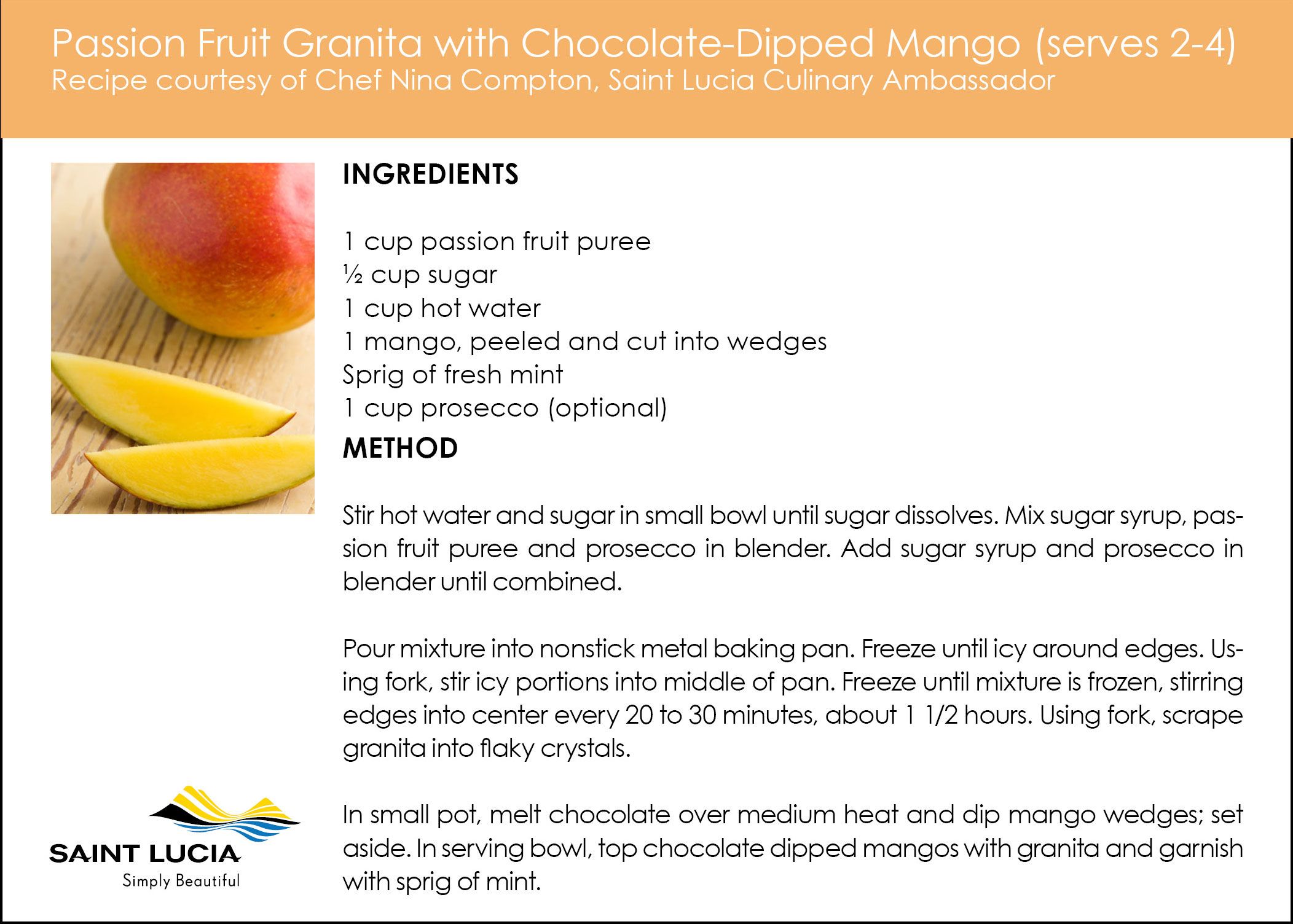 Ahh, the strawberry. Did you know that it’s a member of the Rose family? It’s as sweet as it smells and a versatile “fruit” (technically not a fruit but instead an enlarged receptacle of the flower from which it grows [1]) that is native to North America and used in many dishes.

There are 3 main varieties of strawberries: June-bearing, everbearing, and day neutral. These classifications give farmers and gardeners alike insight on when to expect the fruit to flourish. Rumor has it June-bearing strawberries have the best flavor.

The strawberry is loaded with Vitamin C & K and can support bone and cardiovascular health, regulate blood pressure, and reduce inflammation [2]. All the more reasons to enjoy it.

And if you’re interested in indulging in the strawberry as a dessert, check out the recipe for a Strawberry Lemonade Cake from award-winning Baker Jocelyn Delk Adams of Grandbaby Cakes. It sounds absolutely delicious and I am going to test this one out.

[2] “Promising Health Benefits of the Strawberry: A Focus on Clinical Studies” Journal of Agricultural and Food Chemistry

Happy National Culinary Arts Month! As someone who appreciates good food and the way it’s artfully prepared, I would like to present to you the #GoodFoodSeries. Every day this month will feature a painting I’ve done of a food item, its nutritional benefits, and a way to prepare it artfully. When possible, Black chefs and their restaurants will be highlighted as it relates to the food item of the day.

First up: Arugula! It is a peppery flavored leafy green (one of my favorites). Because arugula is loaded with antioxidants that ward off contaminants which could affect your libido and reproductive health, it is  historically considered an aphrodisiac. Arugula originates from the Mediterranean and is now commonly found on plates and in gardens and farms across the globe.

Haitian chef Sylva Senat is the executive chef of the Pyramid Club in Philadelphia, PA. Check out a recipe for a salad, Arugula, Spinach & Frisée, that includes baby arugula (and edible orchids!) here.