“I’ve been drankin… watermelon!” When you’re in the grocery store and can’t keep your eyes off that phatty… >. Nothing like a perfectly sweet watermelon. It’s a refreshing summer delight that will satiate both hunger and thirst simultaneously! The watermelon originated in Africa and has made its way to farms and gardens all across the globe in the form of over 1,200 varieties [1]. 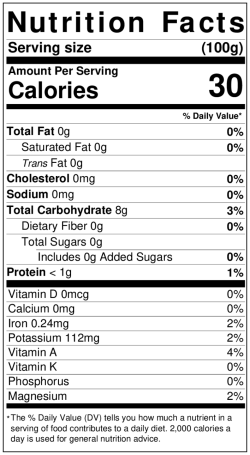 Even with all of that in mind, there are minimal carbs, vitamins and minerals in watermelon. It is comprised of over 90% water though, so eat your water! 🙂

Rather than share a recipe here, I wanted to highlight social work done through culinary experience at Indigo in Houston, TX. Chef and owner Jonathan Rhodes created a multi-course meal entitled “Descendants of Igbo.” Per an article on the experience as featured in the Houston Chronicle, watermelon was on the menu. “…a bracing watermelon soup course called Affirmation of a Stereotype… serves as an indictment against the notion that all [B]lack people like watermelon [2].” All Black people definitely don’t.

Historically, racist images of Black people in America with a watermelon slice in-hand perpetuated that stereotype. A comedian even joked about not eating watermelon in front of white people because of the weight of that stereotype. An article in the Atlantic explains this in great detail. Here’s a excerpt:

“Free [B]lack people grew, ate, and sold watermelons, and in doing so made the fruit a symbol of their freedom. Southern whites, threatened by [B]lacks’ newfound freedom, responded by making the fruit a symbol of [B]lack people’s perceived uncleanliness, laziness, childishness, and unwanted public presence. This racist trope then exploded in American popular culture, becoming so pervasive that its historical origin became obscure.” [3]

Remember the symbol. Remember the origins. I’d like to challenge you to find a new way to use watermelon if you like it. I hope you enjoy!

[2] “Restaurant Indigo serves up neo-soul food with a side of history,” Morago, G. Houston Chronicle. 2019.